Why Lawyers are bad mediators

I just finished a mediation without success. And I realized one major issue is that lawyers are part of the problem. We start every client engagement with a paradigm: that we need to advise the clients of their legal rights and obligations. After all, we're lawyers. And so we spend a lot of time advising the client about what happens if they go to court, what a court would give them. And that usually means a sum of money between a certain range, or it might involve some kind of order that forces the other side to do something. Unfortunately, these are very, very blunt instruments, and they don't reflect how problems are solved in practical reality. 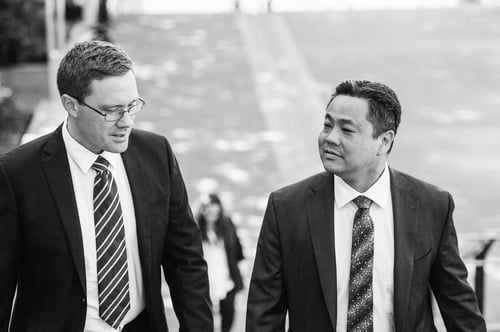 In a mediation, we often focus not on who's right or wrong, or who's more likely to win or lose in a litigation, but what will satisfy the interest of all parties. Unfortunately, as lawyers, we often go into these sessions still thinking about using mediation as a way to assess how strong or weak our cases are. And this leads to, in my view, very unproductive conversations. The problem is, I could go into a mediation trying to be an interest-based mediation counsel. But if the other side is not doing the same thing, then I have to rally against someone who's operating from a different paradigm even though if we both engaged in a mediation paradigm, we could achieve jointly better outcomes for our clients that satisfied their interests. But if they engage in a “fight outcome” in a mediation, they may very well be able to extract more money or minimize the amount of money their client pays, because I'm operating in a different paradigm, even though the result for both parties and their satisfaction would be jointly lower. It is, unfortunately, the nature of working in a win-win paradigm when you're operating with a lose-win approach.

I think the problem for many lawyers is that even if we want to engage in a mediation, we often anchor our clients in a win-lose paradigm by talking about their legal rights and obligations.

Case in point, I recently assumed two files from two different clients from two different lawyers, both of whom were given advice, which, after a further reflection on the file, were worth a fraction of what the clients were originally told. I immediately encouraged both of them to attend a mediation. It was a very difficult process to advise the client to come down from their original win-lose paradigm and trying to expect what a court would award them when, when trying to be realistic, their recovery was likely to be significantly lower. And not only that, both of them actually had non-monetary interests to satisfy. In the case that I just finished mediating with an unsuccessful result, this is exactly what happened. We were able to obtain a result where the client achieved all of their non-monetary interests, but he simply could not get himself diverted from the idea that he was going to be given a seven-figure sum in order to satisfy what he thought was right, as opposed to what he disclosed early in the engagement, which was that he just wanted to clear his name in a way that would be satisfied by the non-monetary remedies.

So what's the solution to all of this?

It might be that we need to start at the very beginning of the relationship and ask the client which way they want to go. It's clear that we need to find a way to anchor the clients where we think they need to be early in the process, or else any future advice about which path to take will be anchored by their initial conversation with a lawyer.

I am certainly going to change my practice and be much more reluctant to give estimated recovery outcomes too early in the process, not because I don't think I know the answer, but because I don't want to anchor the client into a solution that might not be feasible or wise in case we have to use alternative measures.